Top 7 Places to visit in Mangalore

Mangalore is 8th cleanest city in India which is important business center and is known for its amazing beaches, seaports and a diverse culture. The region which contains Mangalore has been ruled by various dynasties and empires from the ancient times such as the Kadambas, Rashtrakutas, Chalukyas, Vijaynagar Empire, Portuguese and the British. The city gets its mention in the writings of the Arabian traveler Ibn Batuta in the 14th century as well. This is also the one of tourist attraction place which greets visitors with its beautiful scenery. I have Listed best top 6 place to visit in Mangalore.

Mangalore lies between the Western Ghats and Arabian sea. This is coastal area 350kms away from Bangalore is one of the major ports in India. When you travel south from Goa to Kerala along the coast, Mangalore is one of the Major cities you see en route. It takes around 5 hours to reach Mangalore from Goa this way, after few minutes you will be crossing the Karnataka border to enter Kerala. 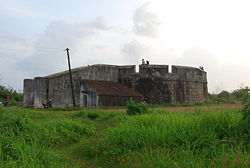 The Sultan Battery watch tower, constructed in 1784 by Tippu Sulthan is situated in Boloor, 4km from Mangalore city, the Chief port city in the state of Karnataka, India.It’s a man made piece of beautiful work located amid-st the beauty of nature will attract people.They always find peace and come out of there worries for a short period of time.It’s a very nice place to hang out,you find all age people coming here adults come here to relax,couples have there time,children play.The beauty of the palm trees along the steam of river is awesome.
There is a Beach called Tannirbhavi which is one more attraction of this place. The 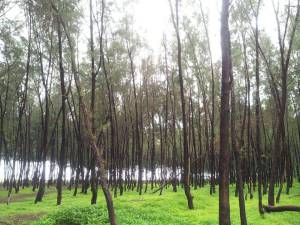 beach gives you a peaceful tune of calmness of a river and waves of the sea. There are plenty of state transport and private buses plying in that route from the capital city to Mangalore. The beach is much deserted and possesses no busy essence of a crowded place. Some people love places that are devoid of crowd and believe in the fact that places like this should remain as it is and undisturbed without any artificial intervention. The place is apt for such tranquil naturalists who love secluded enjoyment of nature. 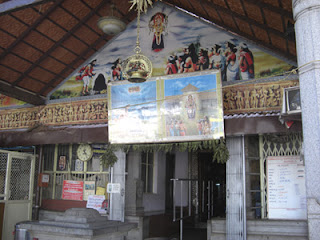 Mangalore is derived from the place name Mangalapura which owes its origin to the temple of Mangaladevi built by King Kundavarma. Veneration of Mangaladevi is believed to bring prosperity and happiness by the devotees even today. It is situated in Bolar which is 3kms from Hampamkatta. Performing parvathi pooja in the temple is believed to grant ideal mates for aspiring girls. During the era of 10th century, king of Tulunaadu, Kundavarma of Ahepa dynasty was ruling Mangalapura. Two holy saints, Machendranatha and Gorakanatha from Nepal, came to Mangalapura by crossing the river Netravathi at Gorakdandi. This place was the center of activities of sage Kapila where he had his hermitage and great education center.
The king came to meet the two saints and paid respects offering them help and patronage. Pleased with the humility and virtues of the king they bought to his knowledge that his kingdom was a hollowed place and it was sanctified by the activities of holy saints and sages in the past. They requested him to grant them land for building their hermitages and make it a center for their religious activities under his protection and patronage. Knowing that his land had such a primitive history, king Kundavarma came to know that once upon a time, there exists a temple in his land which was dedicated to mother Mangaladevi.

Dedicated to ‘Gorakhnatha’, another name for the Hindu deity Lord Shiva, the 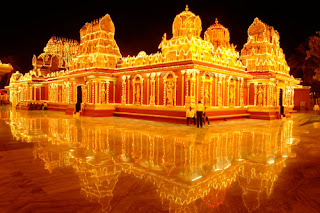 Gokarnanatheshwara Temple is a fairly recently built temple in Mangalore. The temple’s architecture however is more akin to the Dravidian style and features a golden colored gopuram which is 60 feet high and is decorated with stucco figures. The temple features some exquisite works of rock carving and sculpting and is a must visit during the major Hindu festivals. A famous temple in Mangalore, Kudroli Gokarnath temple was built in 1912. This is a unique temple built by Sri Narayana Guru, a saint and social reformer from Kerala. He installed this temple for the Billava community. 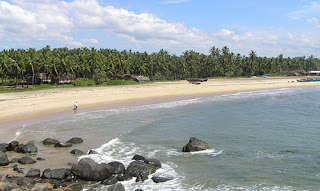 The site located in new Mangalore port which is called as Panambur Beach which is 13 kilometers from Mangalore. The beach is one of the sparsely crowded beaches in Mangalore and is the best place to go and relax. The beach is safe for secluded swimming and is a great place to relax and refresh your senses. 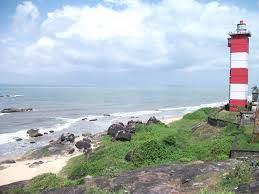 Surathkal Beach is another beach in Mangalore and is located 12 kilometers from the Mangalore City. The beach is known for its unique powdery sand which is really comforting while walking barefoot. The place is also known for its lighthouse that provides some great views of the ocean and the countryside. 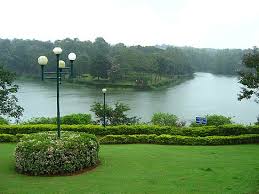 Located at a distance of 15 kilometers from Mangalore, Pilikula Nisagadhama or simply Pilikula, is one of the preferred picnic place in Mangalore. Located in the beautiful place called Vamanjoor, Pilikula is a haven for nature and wildlife lovers. One can find several wildlife species inside the park including Tigers, Leopards, Bears and a variety of reptiles and snakes. Pilakula also houses a botanical garden, a cage less zoo, and a golf course within its premises. 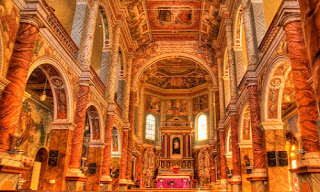 St. Aloysius Church is situated 1 km away from Mangalore main city. The walls of the church are covered with the paintings of the artist Antony Moshaini of Italy. The church was built in the year 1899-1900. St. Aloysius College Chapel, an architectural gem, comparable with the Sistine chapel in Rome, is situated on lighthouse hill. The special beauty of the chapel is the wonderful series of paintings that virtually cover every inch of the interior roof and walls.

Mangalore is a totally one of the best tourist place and also its perfect place to stay permanent. One who wants to have their own dream house in this perfect place please visit http://goo.gl/22E5qA
Posted by Unknown at 02:22